Debate around a four-day week in the UK has been gathering momentum over the last two years. This panel discussion, hosted by IPA and FES at this years TUC Congress, explored the prospects of shorter working time. 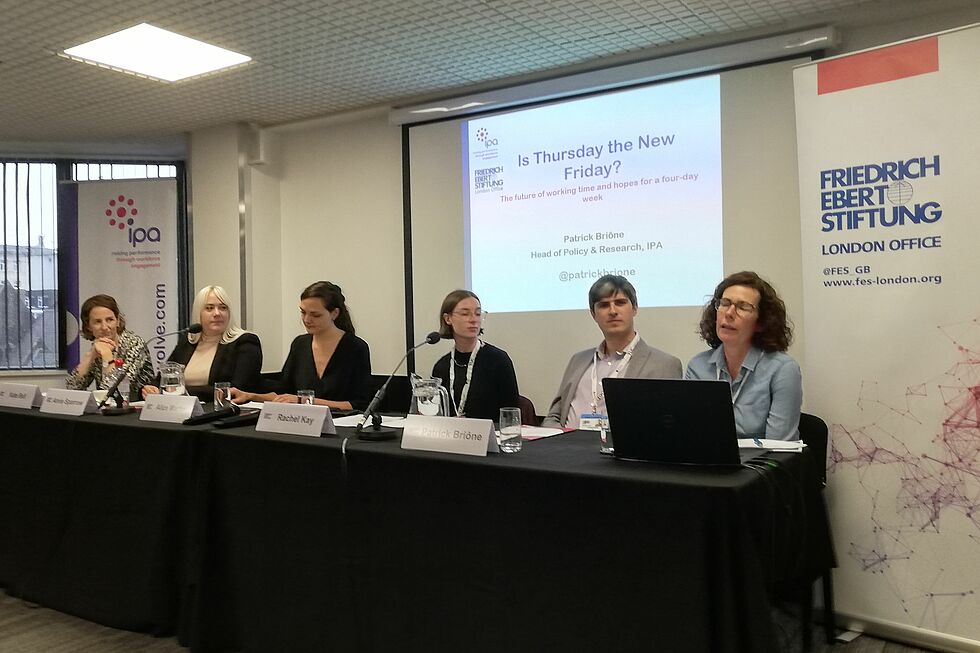 The panel discussed the findings of the publication by FES and IPA on the prosepcts of a four-day week, considering the prospects of the policy as well as the obstacles to its implementation.

A century of working time reductions in Britain has stalled since the 1980s but public appetite for a shorter working week has not gone away. With the UK facing a decade-long productivity crisis, concerns about presenteeism and a fear that a lot of time spent at work is unproductive, questions are now being seriously asked about whether it is time to push for more working time reductions.

The roll out of collective bargaining and the imperative to change labour market norms of working time were identified as crucial steps towards achieving this goal.