The Friedrich-Ebert-Stiftung London (FES) and the Royal United Services Institute (RUSI) co-hosted an annual dialogue event on Security and Defence Policies in Europe. The British-German dialogue convened representatives from the House of Commons, the German Bundestag, and think tanks from the UK and Germany to discuss current challenges for European Security and Defence. 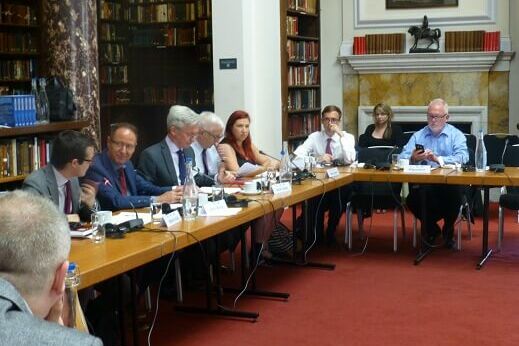 In face of the current Brexit negotiations the Dialogue started off with representatives of the Department for Exiting the EU setting out the key points of the UK’s position on defence and security as part of the broader Brexit negotiations.

Participants furthermore discussed the Cyber-enhanced rise of populism and the role that the internet has played on the rise of populism throughout Europe and America and the security dimension of cyber threats and activities. In another session, different views on the European Security Cooperation and the NATO were exchanged and the participants discussed their opinions on how Europe will have to shape its security and defence cooperation, in the light of new challenges and threats.