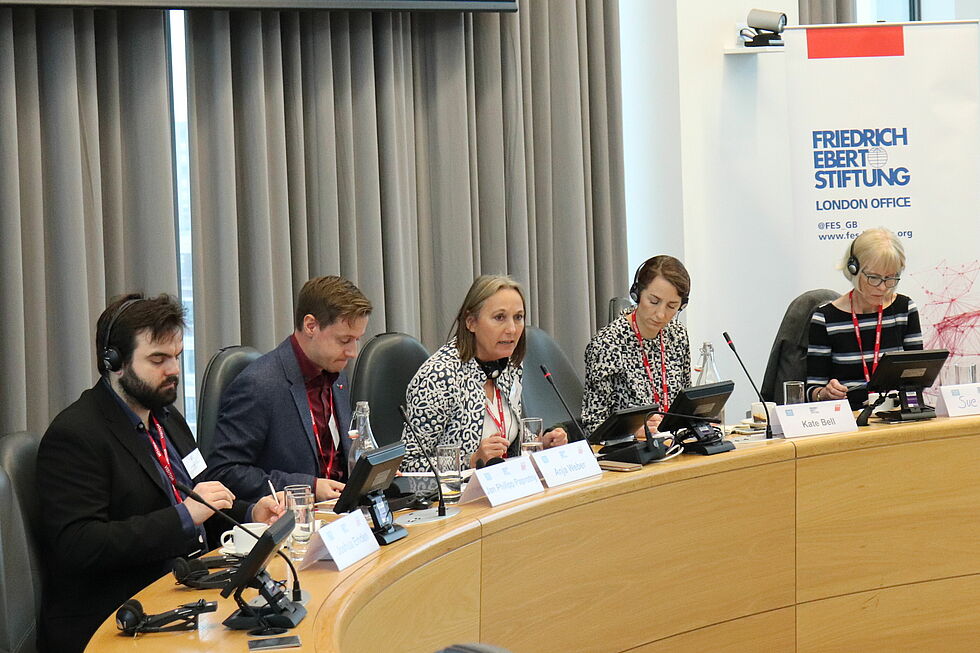 They examined the most pertinent issues facing trade unions today including the just transition to a low-carbon economy, countering the far-right in the workplace and Brexit and workers’ rights. The event involved over 40 delegates and speakers from German and British Trade Unions. The day opened with a panel discussion on workers’ rights post-Brexit with TUC General Secretary Frances O’Grady. This covered everything from the potential implications of trade agreements with the US and the EU on workers’ rights to how from the trade union point of view a close alignment with the Single Market and strong non-regression commitments are needed to prevent a race to the bottom in labour standards.

The second session was an exchange on best-practises, processes and institutions needed for a successful Just Transition; the safeguarding of workers and the creation of green and good jobs as economies transition towards more sustainable economic models. Issues that were discussed included training and relocation support for workers whose jobs will be lost or transformed and the importance of consensus building and inclusive decision-making processes for affected workers and communities.

In the afternoon there was a panel discussion led by former TUC President Taj Mohammad on how trade unions can counter populism and far-right extremism. In the current climate of far-right attacks as well as electoral gains of far-right parties in Europe, the panellists debated the roots and potential solutions to the rise of far-right sentiment and narratives that have a resonance with working people. Finally, with delegates discussing potential next steps, what became clear was the desire and necessity for increased international exchange at all levels of trade unions.